"Getting knocked down in life is a given.
Getting up and moving forward is a choice."
- Zig Ziglar 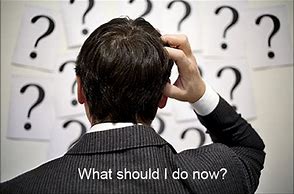 Have you ever reached a very important goal and thought that when you accomplished it, you were going to feel absolutely amazing, so happy, proud of yourself, content with your accomplishment but instead you felt absolutely nothing?

Actually you might even have felt disappointed, let down and far from the amazing feeling that you were counting on would happen. Instead you actually felt a big void in your life and you were asking yourself.....
Is this it? What do I do now?
Now.....What?

I remember when I graduated from my one year online coaching program back in May of 2014, I thought I was going to feel so wonderful that I had finally accomplished something that I had been thinking about and planning for, for over 3 years. And after it was all said and done, I felt disappointed, sad and discouraged. And I didn't really know how to procced with my life and my new business for a month or two after I graduated.
I wasn't depressed, but I felt very lost without my daily work with the coaching school. With the online lessons and the projects that had to be done and sent to the school for review. I also missed my coaching buddies in my pod group , that I had gotten to know during this year. It was like a big void, and I remember thinking many times, what am I going to do now?
Now.....What?

A few weeks ago I was listening to and interview that Tony Robbins had done with Michael Phelps, the amazing Olympic swimmer that competed in four Olympic Games in a row and won 28 metals all together.
His whole life consisted of training and getting ready for the next competition. He talked to Tony about that after he retired from being an Olympic swimmer and when he didn't train and compete the same way he was used to doing throughout almost his entire life, he became depressed.
The question is, where do you go now? Michael Phelps had done nothing but train and compete most of his life.  He had been to the Olympic games four times and won 28 metals.....how can you now adjust to being just a regular guy?
Now.....What?

When the first astronauts had come back from the moon and then tried to adjust to normal life after training for years and then walking on the moon.....some of these astronauts became depressed and became alcoholics and they abused drugs. How do you adjust to just being a regular guy after you have walked on the moon? Where do you go from there? How can you now adjust to every day normal life?
Now.....What?

Back in 2012 after I had walked away from a very emotional and psychological abusive relationship that I had been in for several years, I thought I was going to feel so relieved, great and get my energy back within a few months, but that did not happen.
Instead I felt disappointed, let down, sad and almost depressed and I did not get my energy back for a very long time.
What happened was that I had been focusing on this man's bad and unpredictable behavior for years. I had walked on eggshells, read everything I could get my hands on when it came to how to deal with a narcissist, planned my escape and once I got away, I felt absolutely nothing. No joy, no happiness.....nothing. Instead I felt completely lost, sad and very lonely. I was thinking many times.....
Now.....What?

So what is going on here and how can we plan in advance so this doesn't happen, after we complete a big and amazing goal?

We must develop an "after plan" for when we have reached our most important goal.

How do we do this?

We have to have two or more goals going on at the same time, so when we complete one goal and after we have celebrated our success, we have to have something else to focus on right away. Because if we do, then we won't feel disappointed, sad, let down or depressed because now it's time to move on to the next big goal and accomplish it.


Every time after I finish writing, editing and publishing a book, I feel a void.
I have usually spent quite a bit of time with every book and when the project is completed, I feel a little bit of sadness and I think.....
Now.....What?
Answer: I start writing another book.

TIP!
Always have a plan ready to go after you accomplish your goal, so that you won't fall into depression or waste time feeling lost on your path.
And if you happen to fall off the path, make sure you get up quickly and keep on going towards your new amazing goal(s) and your amazing future. 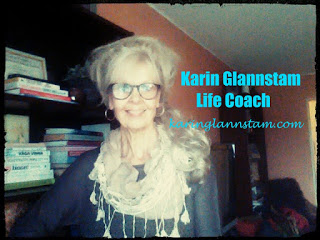 Posted by Karin Glannstam at 8:18 AM